My Struggle with Bulimia

I'm not sure why I'm writing about this besides its whats going on in my life right now but maybe it will help to talk about it.  I've wrote a few times on here about my bulimia and how I've struggled with it for over 10 years.  Up until last week I had been purge free for over 9 months.  Alittle over a month ago I started the Eating Clean plan which I was really enjoying until I started to slip some on my eating and then my sense of perfection became my downfall.  The little voice crept back into my head telling me all I had to do was get rid of whatever I had eaten wrong and everything would be fine, just one time and I could get back on track.  Well that one time turned into more than once, I should have known better, that same voice is what got me started down this path in the first place.  I remember the first time I purged, it was only suppose to be once and thats all it took to get me addicted.  Bulimia is just like any other compulsion, you think you are the one in control when the opposite is true, the compulsion or addiction is in control of you.  The compulsion is so strong and even though I know I'm damaging my body and purging really isn't helping me to lose any weight, as a matter of fact it has the opposite effect, I still can't stop.  Over the years I have realized there are many different sides to bulimia.  Sometimes I just used it to maintain my weight until I could gain my strength back to do it on my own, other times I would try to use it to lose weight by purging everything I ate, but I've never been skinny from being bulimic.  I know rationally that the only way to truly lose weight is to do it the healthy way, eat right and exercise but right now this demon is stronger than I am.  It makes you feel like such a failure to not be able to control your own body.  Sometimes all it takes to set off my bulimia is to eat something that I feel is going to make me fat and sometimes I intentionally plan out my purges if even by accident.  Like yesterday I had planned to take my kids out to eat and I was going to get something little, something I felt wouldn't set off my bulimia and then my mom suggested we go eat chinese which is one of my favorite foods.  I knew at that point that I was going to purge when I got home so why not just eat as much as I could, if I was going to damage my health I better make it count.  See how irrational that thinking is, its not like I don't know what I'm doing but I find myself to weak to say no.  Bulimia does so many bad things to your body from damaging your teeth, which I've had lots of cavities and lost 2 teeth, luckily in the back where you can't see.  It also throws off all the chemicals in your body which I've been told by my counselor contributes to my depression because one of the chemicals it messes with is the chemicals in your brain.  So many times I've worried that my heart is just going to stop or one of these days my esophagus is going to rupture when I'm purging, which can happen.  How can I know that what I'm doing can lead to death and keep doing it?  I keep telling myself well at least I'm only purging once or twice a day and not 4 to 6 like I use to, but once is to many.  Its just so hard dealing with this on top of having a food addiction, I want to beat it, I want it to go away, I want to be stronger than this but how?  Thanks for listening to my rant and if any of you have thought of turning to bulimia or any other eating disorder please don't, it doesn't help it only adds one more problem on top of what you are already dealing with.  Here is a post I wrote earlier with lots of information on all the different forms of eating disorders http://nevertheskinnygirl.blogspot.com/2010/10/eating-disorders.html.
Posted by Christina at 2/11/2011 04:13:00 PM

Feel free to email me at nevertheskinnygirl@yahoo.com 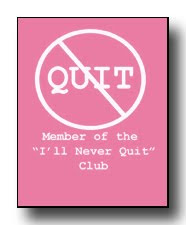